Luckiamute Watershed
​ in the News 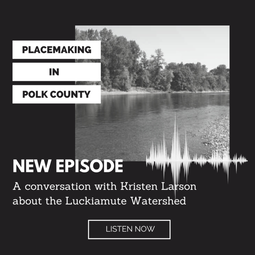 the land in [this] area...connect[s] to the health of the in-stream work, and the wildlife and the critters that eat each other, feed each other, and use those [stream] corridors as their highways - their migration highways - so there's a lot of interconnectedness in terms of nutrients, habitat, food cycling, and water quality. - Kristen Larson

This 30 minute podcast is a great overview of the "why" of placing large woody debris in streams, restore wetlands, and focusing on urban areas even though they're the smallest part of our watershed by area. Kristen describes some of our upcoming events - and if you haven't yet experienced the self-guided tour at Luckiamute State Natural Area, you'll definitely want to after this!

Click here to listen to the podcast from KMUZ's Willamette Wake Up.
​ 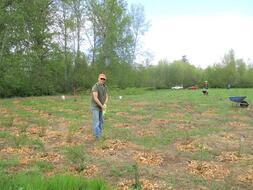 Volunteer Danny Jaffer helps at Luckiamute State Natural Area restoration project. Photo by Anne Scheck
INDEPENDENCE – A quarter of a century ago, the Luckiamute Watershed Council (LWC) was nowhere to be found on the list of the state’s watershed councils, which at that time numbered about 80. Now it seems to be the late-comer that made up for lost time.
In the late 1990s, Oregon had become one of the nation’s first states to start a program of watershed councils -- a network of community groups with local members who monitor and address the needs of their own watershed areas. As the millennium of 2000 came and went, there still was no LWC. It wasn’t until 2001, when the Polk County Board of Commissioners bestowed formal approval, that the LWC officially was born. This past Saturday, that event was honored. Called the “20 + 1,” it was an anniversary party to celebrate those two decades, plus a year for the post-covid delay...

Click here to read the entire article from Polk Itemizer-Observer.
​

May 18, 2022: RE: Harris Creek Landslide. Starker Forests, Inc.​
In mid-March 2022, Starker Forests became aware of a landslide on its forestlands on an unnamed tributary to Harris Creek; a tributary to the Luckiamute River, near Gage Road and Wildwood Road in southern Polk County. A forester observed muddy water in Harris Creek while working in the forest. A drone flight confirmed the landslide, which was estimated to be under five acres. The Oregon Department of Forestry (ODF) Dallas office was notified and a geotechnical specialist and two stewardship foresters from the ODF visited the site with Starker Forests forestry staff on April 18th.

The geotechnical specialist, a certified engineering geologist, provided a summary of his findings in the attached email.

The geotechnical specialist noted, "A review of lidar indicates three other older (ancient?) deep-seated landslide features along the southeast side of this same ridge. Though we did not hike to the lower positions of those debris fields, they appear to be ancient features, consistent with many hundreds of others in the coast range." Also, "Overall we noted no causes of initiation of the slide by forest management."

The closest residence is approximately 1.6 miles downstream. The timber stand was planted in 1995. Aerial photos indicate that the slope had limited movement between 1995 and 2022. Starker Forests purchased this property in 2011.

We continue to monitor the slide from a safe distance and using a drone and have observed that the area involved has grown. With over twelve inches of rain since April 1, measured at the nearby ODF Gellatly Weather Station, the slide is acting as was suggested by the geotechnical specialist, "I would expect continued movement and sediment delivery to the tributary for the remainder of this wet season... "

Please direct any questions to our office in Corvallis, or the Dallas unit of the Oregon Department of Forestry. 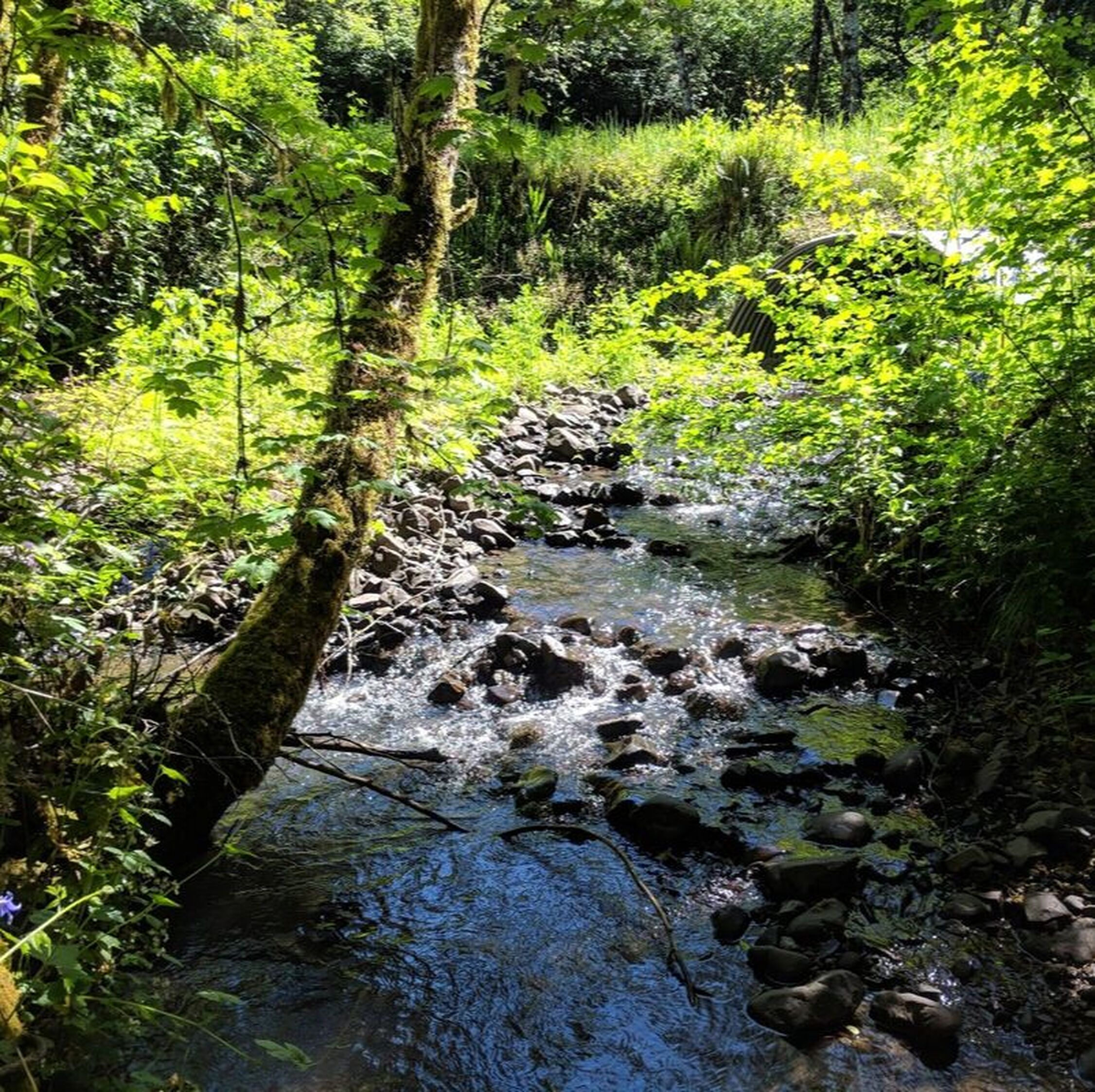