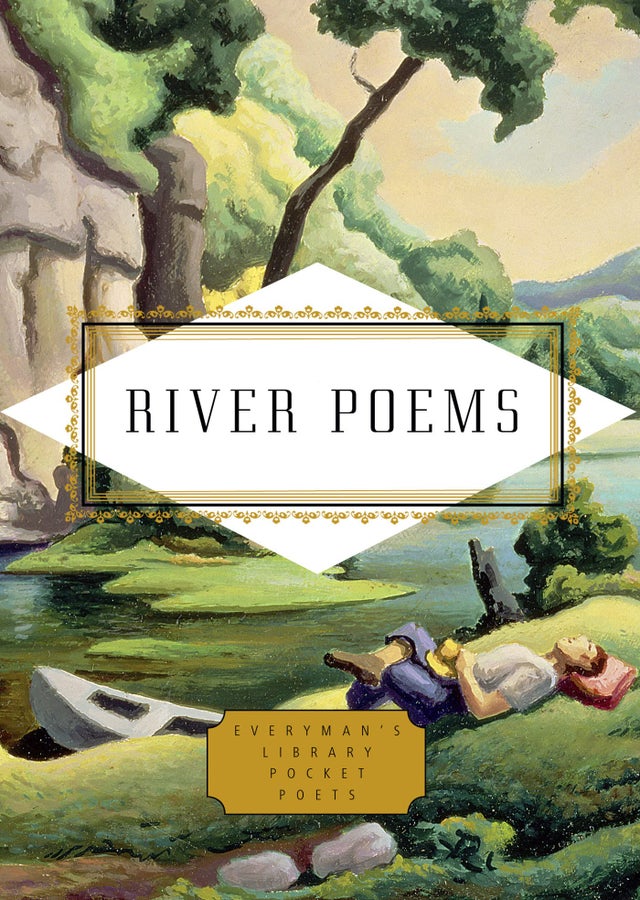 This anthology, edited by local award-winning author and poet Henry Hughes, explores the power and beauty of rivers through poems from around the world and through the ages. AN EVERYMAN’S LIBRARY POCKET POET.

Rivers were the arteries of our first civilizations—the Tigris and Euphrates of Mesopotamia, India’s Ganges, Egypt’s Nile, the Yellow River of China—and have nourished modern cities from London to New York, so it’s natural that poets have for centuries drawn essential meanings and metaphors from their endless currents.

In this collection, British poets from Shakespeare and Wordsworth to Ted Hughes and Alice Oswald mingle with American voices ranging from verses by the indigenous Klallam people and the African-American spirituals “Deep River” and “Roll, Jordan, Roll” to such recent poets as Gary Snyder, Mary Oliver, and Natasha Tretheway. Walt Whitman’s iconic “Crossing Brooklyn Ferry” and Emily Dickinson’s tersely erotic “My River Runs to Thee” stream alongside poems from ancient Babylon and Egypt. Contributions from India, Nepal, Japan, China, Thailand, France, Germany, Russia, Serbia, Chile, Mexico, the Congo, and Nigeria round out this celebration of the rivers of the world.